Sacsayhuaman: A fortress of culture and learning 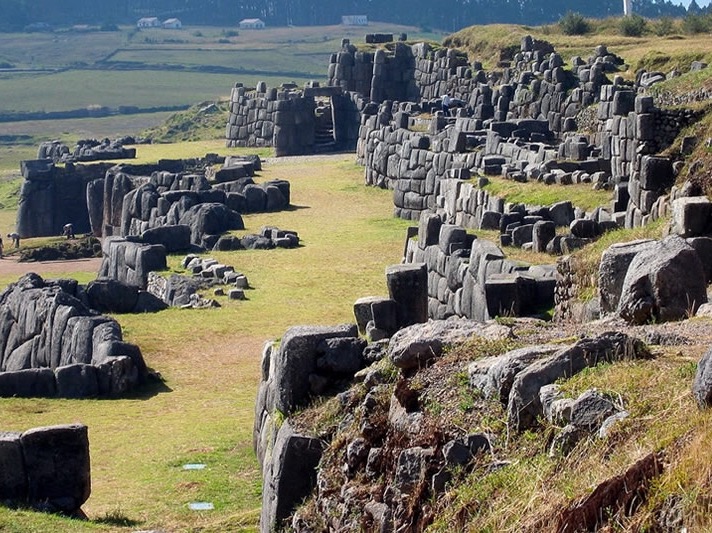 Sacsayhuaman: A fortress of culture and learning

One of the premier sites of Peru is the fortress of Sacsayhuaman, located among the Northern section of Cusco, a city that features one of the most culturally diverse populations in the world. The fortifications of Sacsayhuaman offer people a chance to look into history. Into a world of wonder and growth that began before the Incas arrived and continued after their establishment in the region.

It’s Quechua name means, “satisfied falcon.” This falcon guarded the capital of the great Inca empire.
The fortifications of Sacsayhuaman which form the head of the “Lion” shape that Cusco is built into, originated either before the arrival of the Incas or after they had created the tail and body of the city. While it is true that the Incas built upon Sacsayhuaman to create the head of the city, it has been discovered that the base of the formation was actually already begun by the Killke, whom had already been long gone before the Incas arrived. In fact, the region has produced relics that date back to 900 CE, which is not surprising as we already knew the Incas came from another region to settle in Cusco and, over time, expand their empire to include a vast number of ethnic groups and cultures.

Sacsayhuaman itself served as the head of the city, as well as the weapons store and more. With a huge, open area in the expansive fortification, many rituals were held there and the courtyard itself could have easily held one thousand people. For this reason, many historians believe it was an integral part of the city, where laws were announced and much more. The feeling of the place is one of awe, wonder, and a sense of belonging. This has been mentioned by many visitors to the site and it seems to make sense, as the Inca Empire contained over 100 different ethnic groups at its height. This would certainly lend to a feeling of belonging for visitors, even hundreds of years later.

“Sacsayhuaman was an amazing site to see. I could feel the energy emanating from the stones. The day I was actually blessed to visit this site, there were hundreds of local Cusconian children practicing their dances for the upcoming Cusco Day. This open courtyard with an ancient backdrop truly embodied the cultural significance of this great Incan site,” Anthony Alegrete, Warrior Retreats 2 participant recalls.

There is a great deal that can be learned from the study of Sacsayhuaman, as well as the city of Cusco itself. Whether your interest leans towards cuisine, adventure, history, agriculture, forestry, or a long list of other possibilities, you could spend years learning in this lovely landscape with its inclusive and welcoming people and mystical atmosphere.

Warrior Retreats spends a lot of time exploring the areas around Cusco, Rainbow Mountain, and the Sacred Valley, allowing their group members to learn more about the culture, the history, and in the end, themselves. This is an experience that you simply cannot find by walking into your own back yard. You really do need to immerse yourself in a completely foreign atmosphere and the one surrounding Peru is perfect for introspection. Many people have found a deep connection to the spirit of strength and growth that this region possesses and we hope to see many more experience this over the years.

“I will forever remember visiting Sacsayhuaman and its beautiful scenery,” Reuben Chavez, Warrior Retreats 2 participant happily explains. “It was like I was walking into the pages of the history books I had read in school.”

Branden is an international human performance coach, entrepreneur, master trainer for Nike and has worked with some of the top names and brands on the planet. He has one mission: to help people step into their greatness and understand the power of compassion. On a trip to Peru in 2013, he fell in love with the many layers of Peruvian culture. Transformed, by its beauty, power, and it’s people, he was inspired to create Warrior Retreats. A one of a kind, warrior’s rite of passage experience that is designed to help people boldly step into their power. Branden understands that this mission is bigger than him, and with deep reverence he honors the gift that Peru has bestowed upon him. “Be the change that you want to see in the world.” —Ghandi